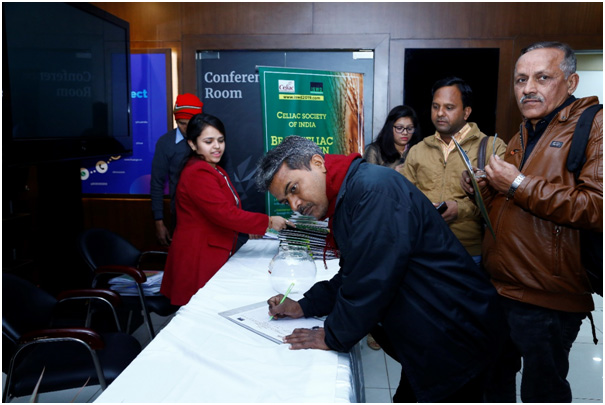 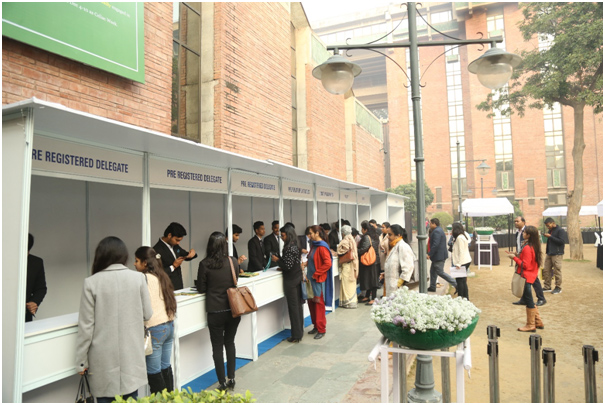 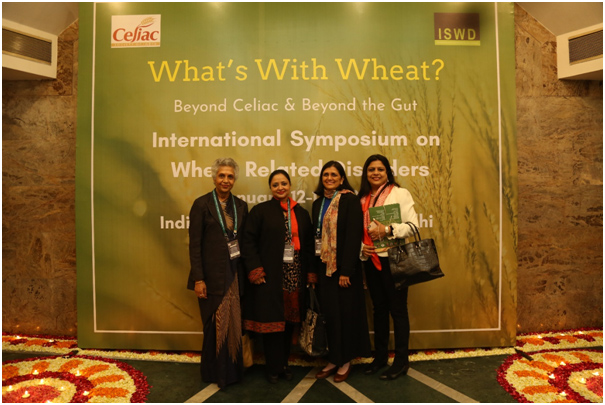 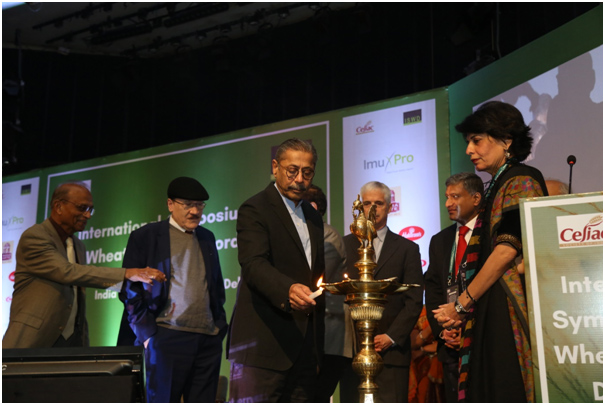 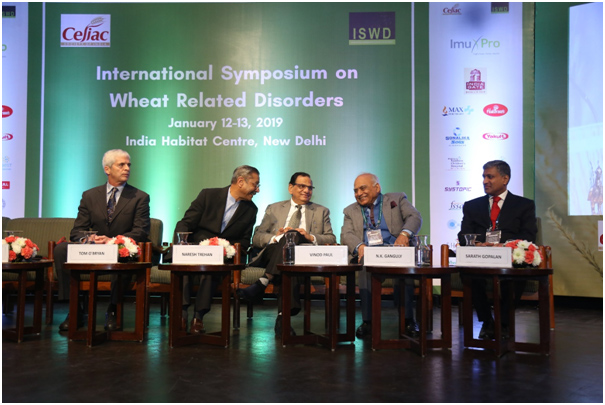 The aim was to draw attention to wheat-related disorders, including CD, one of the world’s most under diagnosed nutritional and medical condition. The symposium with the central theme of “Beyond Celiac & Beyond the Gut” sought to bring experts and authorities on wheat-related disorders from across the globe onto a single platform.

Physicians, gastroenterologists, dermatologists, pediatricians, neurologists, nutritionists and other professionals from USA, Canada, Italy, New Zealand, Germany and Israel, besides India, were in attendance to discuss on latest research findings; developments in early diagnosis and treatment of celiac disease and gluten intolerance. ISWD attracted the attention of the right regulatory bodies like FSSAI and Niti Aayog

At a glance, the conference was attended by :

The Organising Chairman was Dr. Tom O’Bryan, the Organising Secretary was Dr. Sarath Gopalan and Conveyor was Ms. Ishi Khosla.

Celiac Disease was first recognized by the Greeks in the second century AD. The word celiac is derived from ‘koiliaks’ a Greek word meaning ‘suffering of the bowels’. It is an autoimmune disorder that occurs because of ingestion of gluten, a protein present in wheat, barley and rye. In patients having this condition, gluten is not digested completely and this leads to damage to the villi of the small intestine. Villi is the lining of the small intestine that absorbs food.

Listed among the top eight food allergens (others being soy, peanuts, tree nuts, dairy, egg, fish and shellfish), adverse reactions to wheat, apart from celiac disease, can be in the form of an allergy, skin rashes or non-celiac wheat intolerance. Most common symptoms for allergies could be respiratory, asthma, atopic dermatitis, urticaria, anaphylaxis and many others.

The difference between celiac disease and wheat sensitivity is in intestinal permeability and genes regulating the immune response in the gut. Intestinal permeability connotes the ability of the mucosal layer of the digestive tract to prevent bacteria, antigens, and undigested food proteins from seeping through the gastrointestinal barrier. Those who have celiac or wheat sensitivity often have a high degree of permeability, also called the leaky gut. Although gluten-sensitive patients may have diarrhea, abdominal pain and other symptoms associated with celiac disease, they do not necessarily have the same type of damage to the mucosa in celiac disease.In other words the mechanisms of intestinal damage are different but the manifestations & management in both conditions are similar.

That there is a wide range of diseases and medical conditions that are associated with intake of wheat is revealed by the statement of Dr. Alessio Fasano (Director of Pediatric Gastroenterology at the Massachusetts General Hospital for Children, Boston). He claims that around 300 health conditions are linked to wheat/gluten intolerance.

Epidemiological research shows that the frequency of celiac disease continues to be on the rise. In the United States, for example, the frequency has increased over the last 40 years from 2 cases per thousand to 10 cases per thousand (1%). Though authentic data is unavailable about prevalence in India, according to projections, it is estimated that 1-2% of the Indian population suffers from celiac disease. It has gone up four times since the 1960s.

• Wheat sensitivity is often compared to an iceberg where the visible tip represents those with the symptomatic ailment. The greater proportion of the iceberg represents those with silent or latent forms of the disease. It is estimated that over 90% remain undiagnosed. According to estimates, it can take more than 10 years from symptoms to diagnosis, even in the Western countries.

• Learnings from the Symposium

• That wheat sensitivity exists beyond Celiac and beyond the gut

• Non-Celiac Wheat sensitivity is an entity

1. Increase awareness about celiac disease and wheat related disorders amongst the public, healthcare professionals and the food industry.

2. Advocacy: Amongst policy makers. In addition, association with other national and global institutions is required. There is a need for mass screening in high-risk populations. Also, inclusion of celiac disease in the Rights Of Persons with Disabilities Act, drawing from policies of the US and other Western countries.

4. Ensure financial aid reaches the underprivileged through government programmes including CSR funds. For example, Italy?? to those suffering from celiac disease, to lessen the impact of the price difference in gluten-free food.

1. Food regulation and implementation of laws regarding declaration of gluten and allergens now becomes imperative.

3. 11?? Create a task force of food manufacturers to formulate incentives for the industry, which could include tax relief, reduction in cost of ingredients and food testing, to benefit the consumer.

1. Early diagnosis of wheat related disorders: Newer and cheaper techniques are necessary for our citizens.

3. Conduct specialized training courses for dieticians and doctors in hospitals. Sensitise parents and teachers through schools, drawing from the ‘say no to crackers’ campaign)

4. Encourage research on new treatments and better management of the disorder with adequate funding.